You don’t need to be a world-class arborist to understand trees need water to survive. But it takes a trained eye to see how climate change is affecting the European and paper birch trees in the Portland area. Beyond drought and altered season lengths, other factors of climate change are hurting these trees.

Birch trees have been growing the Portland area for centuries and have adapted to the Pacific Northwest growing seasons. However, changes in the weather attributed to climate change are putting undue stress on the birches. The lack of water is an obvious problem, changing soil conditions that adversely affect the roots of the tree.

It may take a year or two to notice the damage caused by a long-standing drought. But once the tree begins to die, there are tell-tale signs. Leaves are dropped prematurely and never replaced, dying branches, and trees that are browning from the top down are a few.

Photosynthesis, the process by which trees turn light into food, can be interrupted if the birch tree doesn’t have enough water. The lack of water can also cause air bubbles within the tree tissue, causing the top layer to die off.

Not only do the trees not get the nutrients they need from water, but insects also become a bigger threat to trees that have been affected by climate change. For example, when birch trees are dying or distressed, they emit chemicals that draw the attention of birch borers. 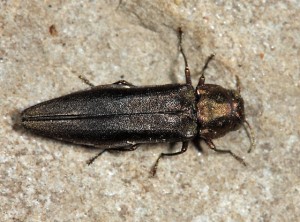 The bugs use the tree as a nursery of sorts, laying eggs in crevices of the bark. Once the eggs hatch, the larvae start looking for food, boring into the tree. Once they’ve had their fill and matured over the course of two years, the borer chews it’s way out and looks for another tree to start the process over again.

The borers leave behind telltale signs of infestation: tunnels chewed out by the bug are found just underneath the bark. So in addition to not getting the nutrients, they need to survive, these insects are robbing the birch tree of the water and nutrients it already has.

Because this happens below the surface, by the time the damage is detected, it’s too late to save the tree. If the borer is found out, pesticides may need to be employed to take care of the problem and save the tree. Even then, if the chemicals aren’t used properly, the tree could suffer the effects.

This means the birch is attacked from two sides: the lack of water drought conditions and uneven rainy seasons caused by climate change and the appetite of little bronze birch borer. The European birch is quite susceptible to the insect while the paper birch is less so, but can still be affected.

Which isn’t to say the European or paper birch can’t remain a Portland-area staple. If the damage is caught early enough, steps can be taken to save existing trees. If you think your birch tree is suffering from climate change, call Inexpensive Tree Care today.

We can assess the damage and give recommendations to keep the tree healthy. In the unfortunate event that the tree can’t be saved, we can safely remove the tree. We have been serving the Portland area for more than a decade and we look forward to working with you. 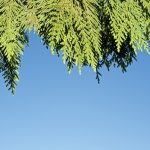