Birch trees have long been a particular favorite in the Pacific Northwest because of their unique white bark, plentiful shade and high tolerance for especially wet soil. Different species of the birch tree are common all over the state of Oregon, but for the last decade or so they have been dying in increasing numbers. The culprit? In many cases, it’s a destructive insect called the bronze birch borer.

This half-inch-long, flat-headed black beetle and its larvae feast on unhealthy birch trees. Firstly, adult beetles feed on the leaves, but don’t do a lot of damage until the spring when they mate. The females will find a crack or wound in the tree to lay their eggs, and in about two weeks larvae will emerge and go to work killing the tree. They bore under the bark and eat their way through the tree’s tissue, making tunnels as they go and hampering sap flow. These little grubs will continue to feed on the tree through the summer and survive the fall and winter in cells that they build within their tunnels. In the spring, once they’ve become adults, they emerge from the bark and the cycle begins again.

This, in effect, reduces the amount of food carried from the birch’s canopy down to the roots and the roots start to die. When the roots die the tree isn’t able to take up enough water and eventually the entire tree dies. Tree death generally takes many years, but it has been known to happen in one especially hot, dry year. 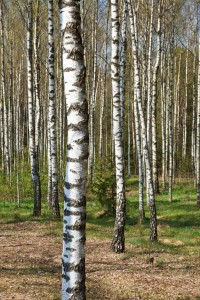 How To Tell If Your Birch Tree Is In Trouble

The first indication of a birch tree that’s infested with the bronze birch borer is yellowing, sparse foliage in the crown. If the infestation is severe, branches and twigs will be dead or dying. You may also notice a zigzag pattern of welts or ridges, which is a definite sign of the bronze birch borer. If you cut back the bark you will uncover the larval tunnels. When the adult beetles emerge in the spring, they create a distinctive D-shaped hole in the bark about one inch in size.

If you can easily see signs of the bronze birch borer and your tree is starting to die, it’s probably too late. Once about 30 percent of the tree has died, it is very unlikely that it will recover and treatment can be expensive.

To keep your birch trees bug-free, it is critical to keep them healthy. These trees like cool, moist soil and partial sunlight. During the summer when the tree is most vulnerable, water it thoroughly once a month. To preserve moisture and cool temperatures, apply a layer or two of mulch (wood chips, shredded bark and/or leaf compost) from the base of the trunk to the drip line. You can also use a fertilizer once a year in the fall if needed, but make sure it’s a slow-release variety. Also, never prune your birch tree at any time from May to August as active adult beetles are attracted to fresh wounds.

If you’d like to plant a new birch tree, make sure it survives by providing optimal conditions. First, choose a birch species that is more resistant to the borer (see below). Then, make sure you plant it in a good spot on your property. East or North-facing sides or your home or other areas that get afternoon shade are best. Sites in full sun are to be avoided. Also, be careful not to plant a birch tree in high-traffic areas as their shallow roots will be damaged.

For more information about birch trees, or if you’d like us to inspect your trees for damaging insects, call us for a free estimate. 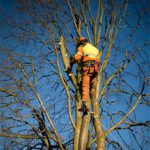 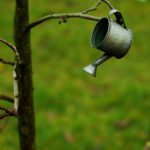